Get Your Georgia Medical Marijuana Card With GreenPot MD 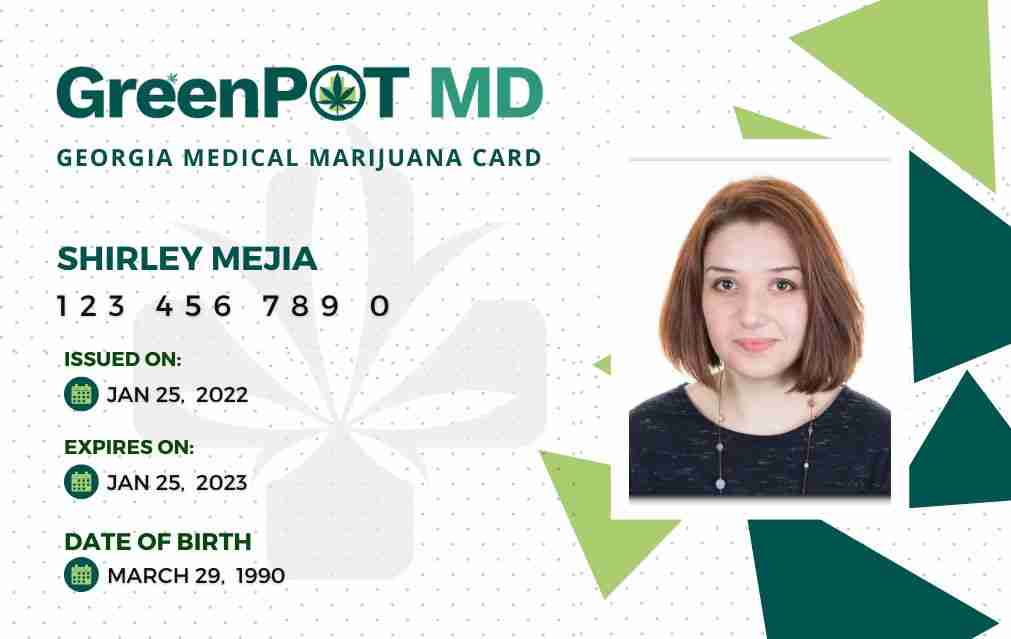 Get evaluated by the state-licensed medical doctor and receive your legal right to treat your debilitating condition with the excellent remedy of medical marijuana. A Medical Marijuana Card is a standalone ID Card that allows legal access to the Medical Marijuana Georgia. The illicit federal status of medical marijuana calls for legal access, and that is what a Medical Cannabis Card Georgia provides you with.

“The process was efficient and the customer service was really good. The doctor seemed generally concerned and made the whole experience easy.”

Cherveka Carter
“If you actually have a condition that qualifies you, it is super easy. Quick to reply and help with any questions you have.”

Melissa Stoute
“I am a new patient and I am very pleased with the initial visit with this Doctor. Very friendly and the process is simple. Thank you very much.”

At GreenPot MD, we strive to create a unique environment of excellent doctors, a courteous support team, and pioneering medical procedures. With the help of extensive research resources and leading medical marijuana doctors, GreenPot MD is the best place to get your Georgia medical marijuana card. Have doubts about why you should go with our doctors? These points might help you.

Our doctors will help you with their knowledge and expertise so you don’t have to struggle in silence. They will assist you with top-notch procedures and treatment needs.

GreenPot MD believes in personalized care. We spend time with patients, understand their health issues, and give customized treatment plans. We follow the highest quality of patient care to make patients feel they are in the best healthcare setup. 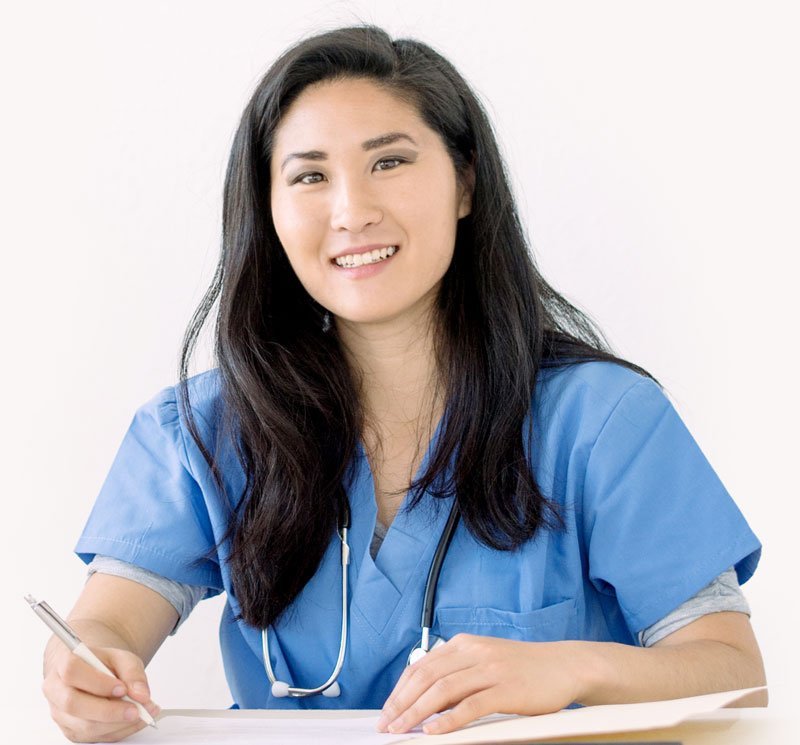 How To Get a Medical Marijuana Card in Georgia?

Schedule an appointment with the GreenPot MD to see a medical marijuana doctor in GA at your preferable time. You can book your appointment by filling up an evaluation form on our website with the basic details and medical records. 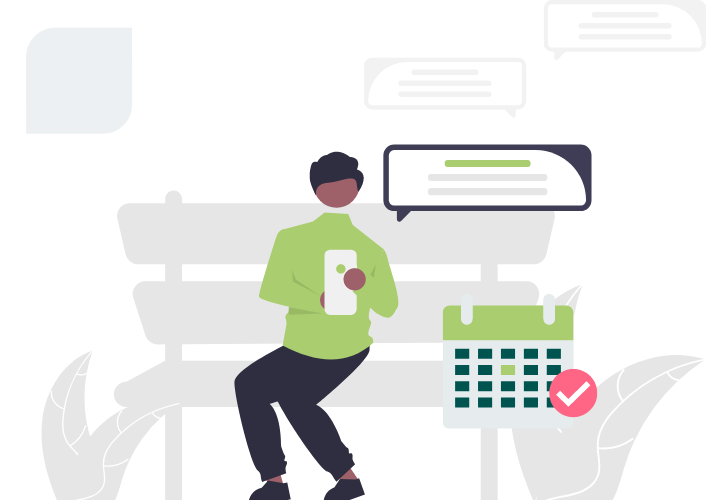 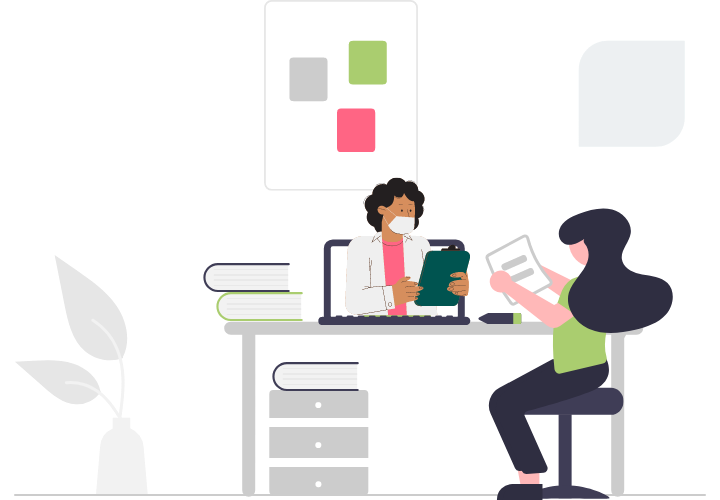 3.Get Your Georgia Medical Marijuana Card

After review, the Georgia DPH will create your Low THC Oil Registry Card. A representative from the Office of Vital Records will contact you. You will be asked to arrange a pick-up time and place to go and get your Georgia medical marijuana card. There are 15+Public Health Offices in Georgia, and you can pick your card up from the one most convenient. 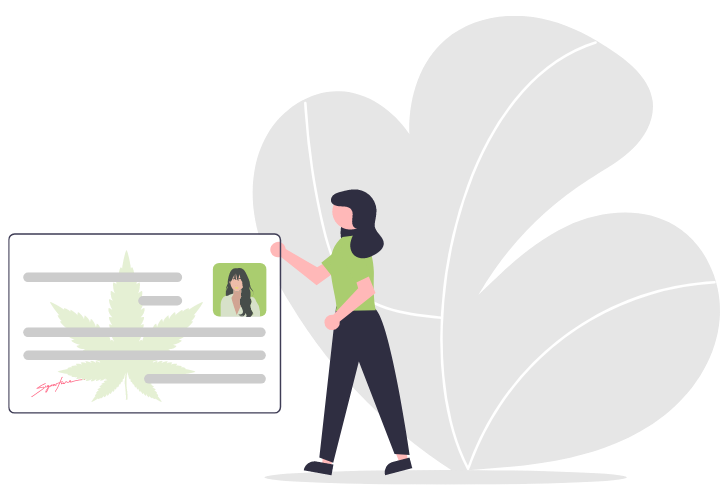 Is CBD legal in Georgia?

Governor Nathan Deal signed HB1 in 2015, a law known as Haleigh’s Hope Act that allowed access to cannabis oil with up to 5% THC content.

Since there were only eight qualifying conditions at that time, only a few patients qualified for the program. And during such an early stage, hardly any doctors agreed to get on the Medical Marijuana recommendation process board.

Additionally, the HB1 didn’t even make any cultivation or distribution of cannabis oil in Georgia.

However, in May 2017, an expansion under the bill added another six medical conditions, and later PTSD and intractable pain were added under HB65 in 2018.

Perks Of Obtaining A Medical Cannabis Card In Georgia

To obtain a medical marijuana card in Georgia, an applicant

The Georgia medical weed laws are not as lenient as others. The state has stringent possession and cultivation laws. This includes:

With the changing trends and modifications in the Georgia Medical Marijuana Laws 2022, 420 evaluations Georgia will keep you updated.

Becoming A Caregiver in Georgia

Just like a patient, a caregiver is also required to register with the state after providing residence proof of the state. The caregiver can administer the Cannabis on behalf of the qualified patient.

To register as a caregiver with the state, they need to pay the registration fee of $25. The Georgia Department of Public Health defines a caregiver as a legal guardian or a parent of the individual under 18.

How do I qualify for medical marijuana treatment in Georgia?

How much Low THC oil can a patient buy?

The medically approved patients can acquire up to 20 fluid ounces of low THC cannabis oil. The oil must include a maximum of 5% THC.

Will my insurance company pay for my marijuana?

Though Medicaid or insurance never covers medical cannabis treatments, you are suggested to contact your insurance service provider to get complete information about it.

Can any doctor provide me with the medical cannabis recommendations in Georgia?

Nope! Only the state-licensed medical doctors on board with the DPH or that are registered with the state can provide the medical marijuana recommendations to access the treatment.

What to do if I lose my Georgia medical cannabis card?

If you lose the card, you may lose all the other privileges that come along with it. So, in such a situation, you are required to contact the state office. If your Medical Marijuana Card Georgia has not expired, the DPH will contact your doctor to confirm whether you are still under their care.

Once confirmed, it will take up to 15 business days to get the new card ready, costing $25.

Where can I buy the low-THC oil in Georgia?

Hit the nearby dispensaries to benefit from the legality of Medicinal Marijuana Georgia.

Can I grow Cannabis in Georgia?

No. The state doesn’t allow cannabis cultivation in Georgia regardless of whether you are on the registry or not.

How long is the Georgia Medical Card valid for?

If a patient gets approved, then a Medical Marijuana Card in Georgia is valid for two years. The expiration date is printed on the card, and you must renew the card before it expires. So you gotta watch out before it expires.

What to do if I lose my Georgia medical weed card?

If you lose your medical card, you must contact the State Office of Vital Records. If the card is valid and in a validity period, the DPH will contact the medical doctor to ensure the vitals and provide a replacement card. This may take up to 15 working days for the DPH to give the new card, which costs around $25.

I am qualified for the treatment as my health condition is mentioned in the list; how do I proceed about getting a medical marijuana card in Georgia?

Well, if you think you are likely to qualify for the treatment, all you need to do is start the process by filling out the online evaluation form mentioned above and go with the flow.

What is the cost of obtaining a medical marijuana card in Georgia?

The cost of obtaining a medical marijuana card online with us is $149 only and a separate $25 registration fee for registering as a patient with the state. This keeps your card valid for two years and permits you to access the treatment lawfully.

Can I purchase any other form of medical Cannabis in Georgia?

Unfortunately, you cannot purchase any other form as Georgia permits the low THC oil access only with a limit of 20 ounces possession per patient.
The other forms of Cannabis are still illegal under the Georgia government marijuana laws.

Does chronic pain cover the permissions to access the treatment?

Yes! Chronic pain is a qualifying medical condition in Georgia, so you can easily access the treatment if you have chronic pain as your health concern. But make sure that you acquire the legal permissions for the same.

Do I have to be a state resident to attain a medical card in Georgia?

Yes! To get access to the medical cannabis card in Georgia, an applicant must provide a valid state license or ID card to prove the state’s residency.

How to obtain a Marijuana Card online in Georgia?

To obtain a Georgia medical marijuana card online, you must fill up the above-mentioned online evaluation form. The submission of the form and chosen timings will connect you with a state-licensed medical doctor for further evaluations, and once you get approved, you can move further to the proceeding steps.

After getting the recommendation, you need to register as a patient with the state. The state officials of vital records will then scrutinize the application submitted and approve the patient if the requirements are matched and are found complete in every term.

Can I still get a medical marijuana card in Georgia if I am on probation or parole?

Georgia doesn’t have any stringent restrictions on parole or probation patients. However, an applicant must get permission from the probation officer before pursuing a medical cannabis card.

What Does Greenpot MD Offer?

The staff at GreenPot MD aims to provide you with caring and quality service in pleasant surroundings. We can meet your needs with our wide range of services and highly experienced staff and doctors.

When patients approach us for their medical needs, it becomes increasingly essential for us to cater to their trust first than to anything else. We reflect the same amount of Care, Commitment, and Compassion to every patient.

Seamless technology connects you to a network of marijuana doctors and gets certified online in minutes. All of the doctors in our network are licensed in the state(s) they operate.

We offer the most Affordable and transparent pricing compared to other medical marijuana card providers in Georgia. Get approved or your money back.

We offer entirely online medical marijuana card services in Georgia. So, you can get your card from the comfort of your couch.

Have a query at midnight or early in the morning? You are just a click away from our dedicated and experienced support team, as we offer 24×7, seven days a week. Call us at (888) 281-8758 or email us at info@greenpotmd.com. Or you can even live chat with us through our website.